Churchill, Hitler, Stalin, and Kaiser Wilhelm need no introduction. We know who they are, what they did, and what their legacies look like. But what do we know of the men who really defined history? What do we know about the men in the sky, who fought in the name of their country and helped decide the fate of the world?

We've decided tell you a few stories about some of the most famed war pilots to have walked the Earth (and flown in the skies). They may never become household names, but history will always place them as 'non-penguins' who were right at the center of all the action!

Marmaduke Thomas St. John Pattle (what a name!), also known as 'Pat' Pattle, can lay claim to being possibly the highest scoring British fighter ace during WW2. At the point that he was shot down in 1941 over Piraeus during the Battle for Greece, his last recorded score was that he had shot down 26 enemy aircraft. It is thought though, that he may have shot down anywhere up to 60!

Born in South Africa to parents of English heritage, Pat always had an affinity will mechanical things and also counted Boxing and Swimming amongst his hobbies. Having initially been turned down by the South African Air Force for his lack of experience, he then saw an advertisement in a newspaper for the British RAF, applied, and was assigned to a flying school in 1936. During WW2 he found most of his initial success whilst flying Gladiators, before he then moved on to the Hawker Hurricane. 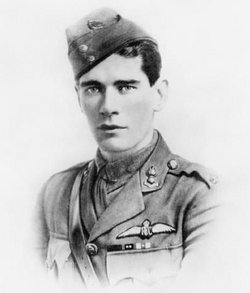 Edward Corringham 'Mick' Mannock, was Britian's premier fighting ace during WW1. At the end of the war, he was listed as the fifth highest scoring pilot of the war, with 61 victories. #1 was obviously "The Red Baron" Manfred von Richthofen, a man who still has a legendary status to this day. Mick was taken down by ground fire flying over France in 1918. He found his way into the Royal Flying Corps after initially serving brief stints in the Royal Army Medical Corps and the Royal Engineers.

Prior to that though, Mick had had an interesting upbringing. His grandfather was a well known editor on Fleet Street and apparently a friend of the Royal Family. His father served in the British Army and though he left to go live in Ireland, financial woes meant that he had to re-enlist. This lead to the family moving to India whilst he fought in the second Boer War in South Africa. Upon returning to British soil, Mick joined the National Telephone Company for a few years. In 1914 though, he emigrated to Turkey to work in their National Telephone Company. As Europe descended into war, he became unwelcome in Turkey and was interned. Left in miserable living conditions and viewed to be 'near death' he was repatriated back to England via Bulgaria and Greece. Mick certainly didn't have it easy at any point in his life. "Bubi" ("The Kid") to his German friends, "The Black Devil" to his Soviet foes. Erich Alfred Hartmann was a German fighter pilot for the Luftwaffe during WW2 and holds the title of the most successful fighter ace in the history of aerial warfare. He flew on over 1400 different combat missions, engaged in combat over 800 times and was credited with shooting down over 350 Allied aircraft (345 Soviet, 7 American). He was never affected by enemy fire, yet still had to survive 14 crash landings due to mechanical failure or the remains of enemy parts damaging his aircraft. To say he was feared would be an understatement, but due to his fighting style, he wasn't somebody that you could easily avoid.

By his own account, he credited his success due to his own strategies. As part of this he adopted a credo which he would then try to pass on to young pilots which was "Fly with your head, not with your muscles". His preferred method of attack was to stalk enemies and hold fire until he was within 20 meters. Even as he shot them down they wouldn't have known who or what hit them. This strategy allowed him to: waste minimal ammunition, prevent the enemy from evading, and not giving away his position. Sneaky McSneakerson or what?

Eric Stanley Lock was an RAF fighter pilot and flying ace of the WW2. "Sawn Off Lockie" was nicknamed as such due to his short stature, but not long into his service he'd come to be recognised as the most successful Allied pilot during the Battle of Britain. Pilots who fought in the battle have come to be known as "The Few". The name obviously stems from the famous Churchill speech where he proclaimed "Never in the field of human conflict was so much owed by so many to so few"! During the battle, he was recorded as shooting down 21 German aircraft.

Born in Shrewsbury, to a family who lived on a quiet rural farm, Eric did not always see his destiny as up in the skies. As a teenager he father treated him to a 15 minute flight with the air circus, but he was largely unimpressed. After leaving school, all he wanted to do was join his father's business on the family farm. A few years later, with war on the horizon, Eric made the decision that if he was to enlist, that it would be as a fighter pilot and so he joined the Royal Air Force Volunteer Reserve. Sadly, not long after he became famous for his exploits, his Spitfire was shot down by ground fire and he had to crash land in the English Channel, and he was posted 'missing in action'.